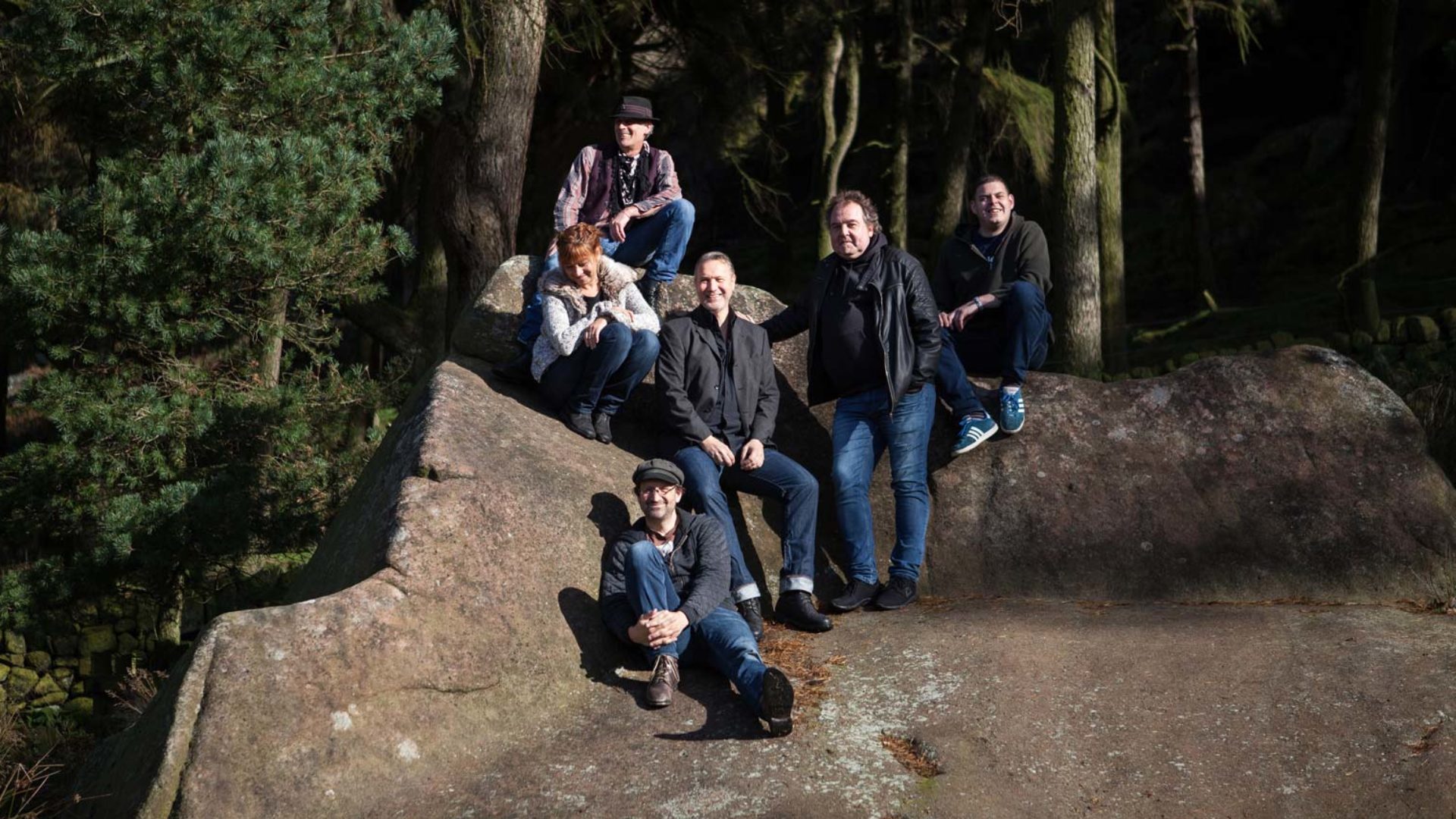 Shakespeare And The Bible

is a six-piece band based in Hamburg, Germany, playing original music written by the Welsh singer/songewriter Owen P. Jones. The style is eclectic, ranging from joyful punk romps and angry protest chants to folk-tinged ballads, with elements of country and soulmusic thrown into the mix. This is independent music in the truest sense – hand-crafted and heartfelt.

music is beginning to reappear

We haven’t posted any news on here for a while because – guess what? – nothing much has happened… The EP ‘The Waves’ has been released, but of course we’ve had no opportunity to promote it with live performances, or to make a video (which is planned at some point).

There are signs that live music is beginning to reappear – in controlled circumstances and on a local or regional basis. But for Shakespeare And The Bible, the logistics of playing live are complicated by the fact that the band members live in four different towns, in two different countries. Like everyone else, we’re just going to have to be patient for a while longer, until it’s safe to lift travel restrictions.

In the meantime, Owen has been trying to keep the feelings of musical isolation and boredom at bay by performing one live song a week in his kitchen, and posting them on facebook. The series, which started in December, 2020, is called ‘Gloomy Sunday Songs’. It includes two SATB tracks (‘The Ballad Of Joey Smoke’ from the ‘Plus Or Minus Zero’ album, and ‘Trick Candle’ from ‘Please Keep To The Left’), plus an old – and previously unreleased – original song, ‘Gesonntagt’, on which he’s accompanied by Chris on guitar.

So, in lieu of anything else happening on the band front for the time being, we thought we’d share them with you now…

Finally, we’re able to announce the release of our new 5-track E.P.
‘The Waves’.

Fate has thrown a lot of obstacles in our way, including silly new postal charges that make it absurdly expensive to send CDs abroad. But thanks to a couple of kind friends in the U.S. and the U.K., we can now distribute them internally in those countries, as well as in Germany.
Listen and read more

If you want a copy, please send an email to: SATBOwen@web.de

Album Please Keep To The Left

Ladies and Gentlemen: we offer you ‘Please Keep To The Left’.
Pop-rock / folk-tinged songs and anarchic, prog-rock. We had a great time making it, and we hope you have a great time listening to it…

Find past concerts on concerts archive.